We have great news for Android users: we have just released a new version of the Vocabulary Notebook app!

Vocabulary Notebook has been redesigned and its features have been improved. You just have to update the app to the last version to enjoy these changes. 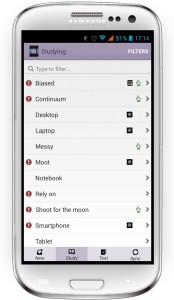 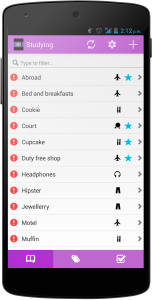 Our main goal with this update is to make your study easier and more comfortable. The first thing you will notice is the updated color schema; now the app has a more vivid look which doesn’t discourage you from studying.

We have also reworked the bottom menu by updating its styles and actions. Usability has been improved by adding new icons for actions and including visual touch feedback. The “Add word” action has been moved to the top action bar, as it is a much more natural position for it to be than the bottom menu.

If you are an Android version 2.2 or 2.3 user, you will now be able to use the top action bar with the most common actions, as we have included support for these versions.

As you can see in the first image, important words are now displayed as a blue star

Not known words still have their usual icon

We have also made some changes in the categories and test sections: 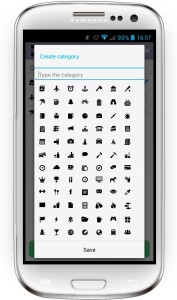 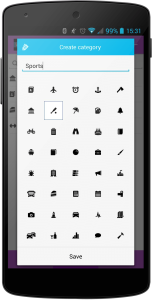 Last (but not least); we realized user experience while sliding between words or during tests wasn’t as smooth as it was expected to be. This new version greatly improves the performance of the app for pronunciation, word navigation and tests. You will be able to check your vocabulary and test yourself faster than before.

So, (if you haven’t done it yet) update the app and start enjoying the new Vocabulary Notebook. We hope you like it! : )